When my great-grandmother (Grandma) was 101, she decided she’d lived long enough.

“Take out my diamond earrings,” she commanded her daughter, my grandmother (The Goat). “I’m ready to go.” 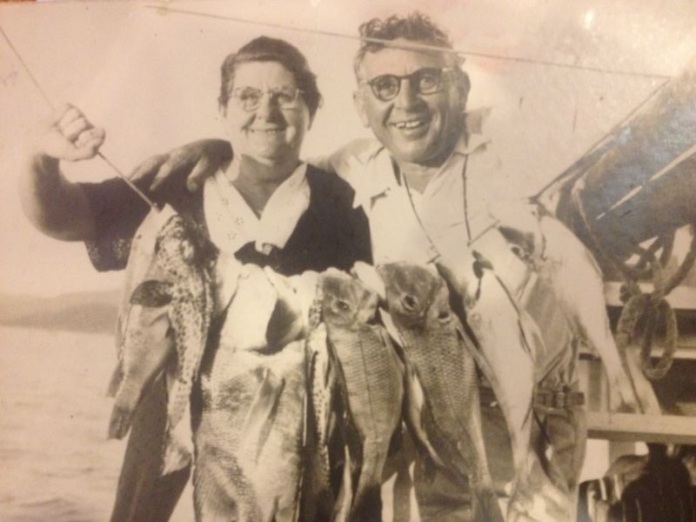 My grandmother did everything she could do to get her mother to change her mind. She begged. She pleaded. She called the doctor (who received a deft, defiant, great-grandma kick to the shin). But it was all in vain. Grandma had made up her mind. She took out her diamond earrings. She patted her dog, Benny, a vicious wire-haired terrier with a rabid temperament. She brushed her teeth. She put on her nightdress. She went to sleep.

In the morning, as promised, Grandma had gone. Shuffled off her mortal coil. Fallen off the porch and well and truly popped her clogs. Her diamond earrings lay on the bedside table.

Grandma was a warm, funny, tough old boot. As wide as she was tall, and as deaf as a brick. What she lacked in hearing, she made up for in sight, with bright, piercing eyes for which she never needed glasses.

She was a wonderful foil for The Goat’s steely resolve to be proper at all costs. “Pull my finger,” Grandma would say with a wicked glint. You had to pull, or she would remain frozen, index finger outstretched, expectant. The result was always predictable and uproarious. Her gigantic backside would thunderously explode; we would clutch our sides laughing; The Goat would shake her head, and tsk with dismay.

Grandma lived with humour and she died with humour. Now, funerals are rarely, if ever, comedic affairs, and Grandma’s started out as sombre as any. We stood around. Our eyes glistened. Grandma’s coffin appeared, carried by pallbearers, one on each corner. We held our breath, as her box was lowered into the ground.

It didn’t get very far. There was a wrong manoeuvre. A fumble. A terrible ker-plunk as Grandma was not so much lowered, as dropped, vertically, into the hole, the size of which had been disastrously underestimated by the spatially-challenged grave digger.

There was a collective gasp. The shocked ripple of a titter through the crowd. The realisation that Grandma was very nearly buried standing up. Then laughter. Which, at a funeral, is truly a gift. (If not a highly inappropriate gift).

It was hard not to imagine Grandma laughing with us, from her big fluffy cloud in the sky. Extending her finger, and imploring us to pull.