Hello everyone! It’s SO lovely to see you again. Thanks for coming back!

Well, here we are in 2014. I think there’s always something rather exciting about the start of a new year. Perhaps it’s the anticipation of what’s going to happen in the next 12 months; the things you’ll achieve, the people you’ll meet, 365 new days of endless possibilities. 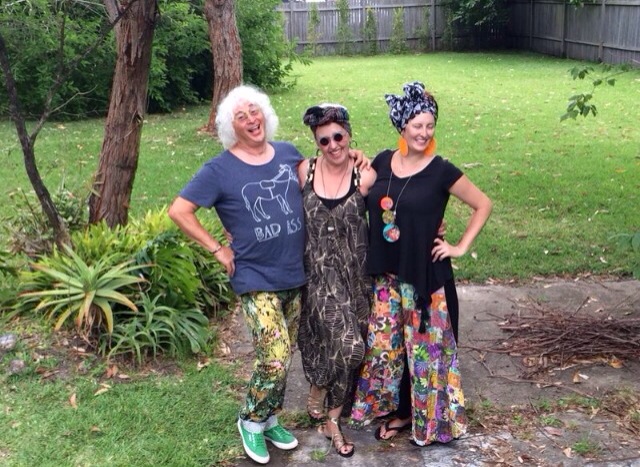 Here we are again: The Guru, Tutti and me in Callala Bay, NSW South Coast, at Christmas 2013. The Guru’s T-Shirt might say Bad Ass, but his pose kind of takes the edge off.

The beginning of a new year is like sitting in front of your favourite sandwich (mine would be a bagel, with salt beef, pickles and hot English mustard from the 24 hour bakery in London’s Brick Lane) and imagining how delicious it will be, before you bite into it. 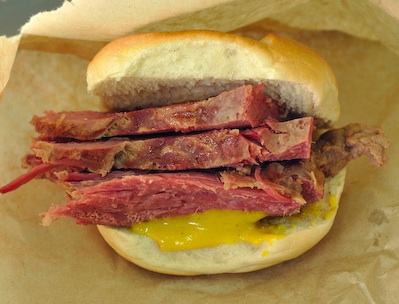 THIS is my dream bagel. Vegetarians, look away now. (Image by londoneater.com)

Or like writing the first word of that book that, while you don’t know it yet, is going to be a bestseller. Or like stepping on a plane and heading somewhere tropical and knowing how amazing you’re going to feel once you’re horizontal on the sand, and not even an inflight meal that tastes like a dirty old sponge with a side of flaccid chippolatas can dampen your excitement. 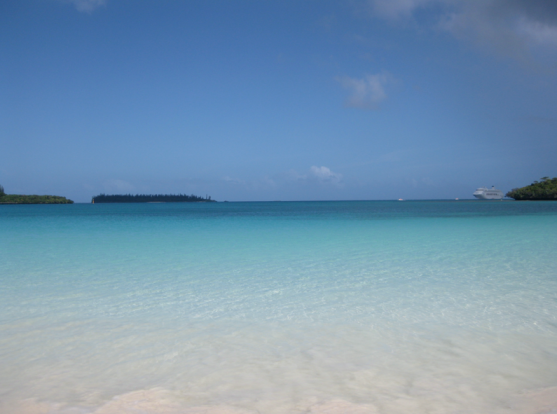 I’ve always had a naturally positive perspective on life. But this year, I plan to be more proactive. A friend of mine, who also happens to be the world’s wisest psychotherapist (in my extremely humble opinion), once told me that positive thinking has nothing on pragmatic thinking. Sometimes (or, all the time), you have to stop expecting good things to happen (guilty as charged) and make them happen.

Example? A couple of years ago, I wrote and illustrated a children’s book. I’ve always dreamed that it would see the light of day, but have I done anything about it? No. Have I shown it to any children? No. Have I approached any publishers? Barely. As my clever psych-friend said, “Well what have you done? Darl, if that’s your approach, you might as well shelve your dreams now!” Sometimes, there’s nothing like a bit of tough love to get you all fired up again. 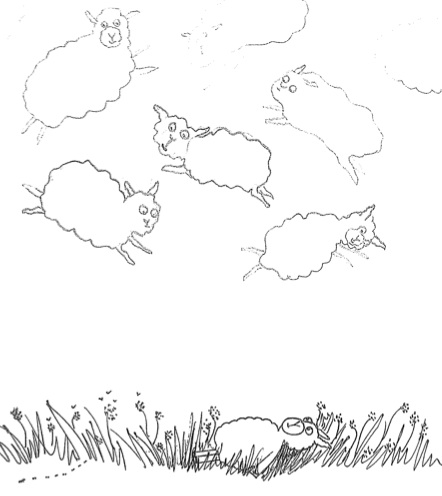 Another example? I play the piano. I love playing the piano. But, because I barely made any time to practise in 2013,  my repertoire has dwindled to ONE! I have one party piece called the Black Blues, which I can bang out quite impressively (and I’m still coasting along on the elation it brought me when I was 17 and got a standing ovation at my school concert. I mean, I was a massive dork with poodle hair, so the roar of the crowd meant everything to me). But…. ONE? A REPERTOIRE OF ONE? I’m actually going to learn something new this year. Let’s see if I can have a repertoire of… three!

I’m going to do other stuff too, like painting, and  making jewellery again, and going to the movies more often and reading at least a book a month and exercising at least three times a week and I’m going to try really, really hard to be tidy around the house, and put the bottle of soda water back in the fridge after I’ve finished drinking from it, because warm, flat soda water drives Matty insane with irritation. 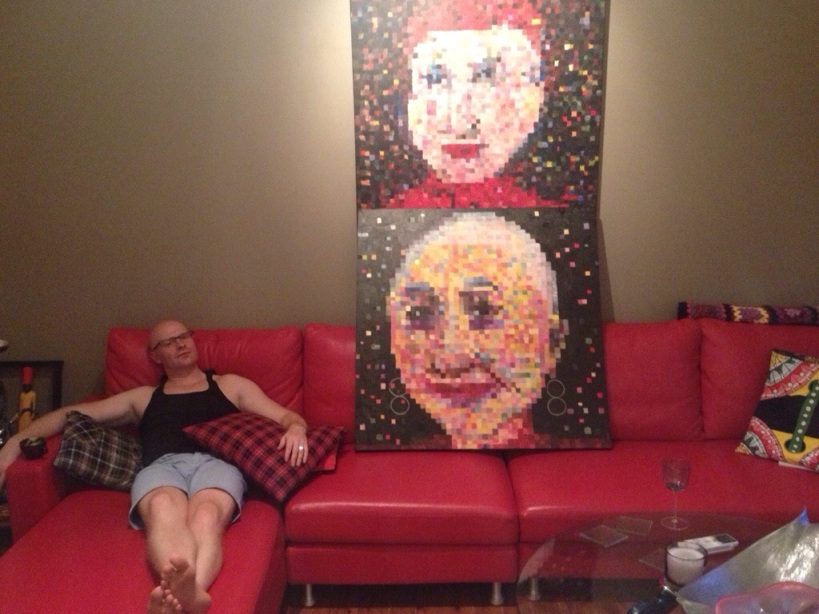 Matty, just chilling with a couple of my paintings.

… and the net will appear.”