There are two types of people in this world: those who are ruled by reality, and those who teeter on its fuzzy edges. The Guru is of the latter; the sort of man who wants to be one with all living things; who feeds dying bees honey in an attempt to revive them.

He is in love with the world, with philosophising, with getting in tune to the music of nature. It just so happened one morning, that I had an early meeting and he, being an early bird, so to speak, offered to give me a lift. It was only 6am – too early for me, indeed for most people to make coherent conversation. So to quell the silence, he put on his favourite CD: ‘Birds of Australian Gardens: Volume One’. All that twittering was driving me a bit mental, and it must have clouded his judgement too, because before we knew it we’d taken a wrong turn and were driving through Sydney’s red light district: Kings Cross. 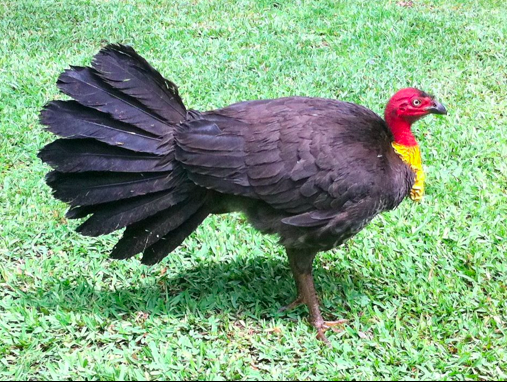 The screeching of the Noisy Minors emanated from the stereo. As their frenzied calling reached a crescendo the front-left tyre exploded and we almost drove through a shopfront.

The Guru managed to control the car around the corner. Jumped out the door with gusto, flung open the boot and wrenched the spare tyre from its resting place. 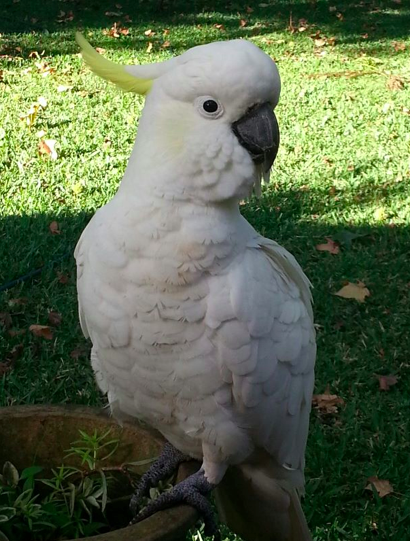 “Please call the NRMA,” I pleaded with the sensibilities of one who knows their father doesn’t know the difference between a jack and a jackhammer. “Please?”

“Whaddya mean? I can fix a tyre,” he insisted, at which point he jacked the car up with such enthusiasm that it rolled forward and almost crushed his foot. “Hmmm,” he said, looking way too optimistic, “Better try that again.”

Before he could say ‘Crested Pigeon’ I had called Tutti and put the Guru on the phone. Within an instant of hanging up, he dialled the NRMA. See, The Guru may be the spiritual head of the family, but Tutti’s the neck, so she has full control.

And so we waited. We sat in the car, lulled by all manner of garden birds, as Kings Cross yawned, stretched its track-marked arms and began to vomit the throngs of people from their beds, from their footpaths, from their doorways. Bleary-eyed smackheads walked zombie-like through the streets; drunkards stumbled to the only destination they knew; a prossie adjusted her bra strap. The traffic rumbled with a throaty, hacking cough, echoing the sentiments of those who had smoked too much, too long. I tapped my fingers nervously. I was running late. The incessant mating call of the Yellow-Breasted Honeyeater was setting my nerves on edge.

Presently the NRMA guy arrived. He picked up the tyre and held it over his head, triumphantly, as though he’d won a trophy. Maybe it was a new custom, I thought, to make it feel welcome: induction of the wheel or something. Only it wasn’t the NRMA guy I realised with a jolt. It couldn’t possibly be, because he wasn’t wearing any pants – and weren’t blue shorts regulation? 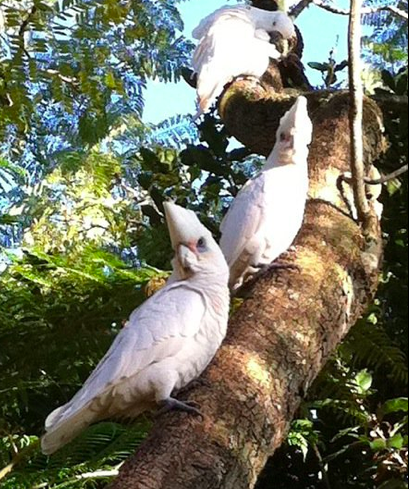 “Tyre!” He yelled at the top of his voice as if it wasn’t half obvious, and with a graceful, yet inexplicable action, like a shot-put thrower at a javelin event, he threw it as far as his mantis-like, semi-transparent, scabby arms would allow – which wouldn’t have been very far at all had we not been parked at the top of a very steep hill, the end of which disappeared into the horizon.

There was a silence in the car, broken only by the mournful warbling of a Bronzed Cuckoo. The Guru and I scratched our heads dumbly, in amazement. The tyre-throwing junkie scratched his nether regions and vanished into obscurity. Then, the realisation.

In a wild flurry, The Guru shot out of the car with the speed of a Blue-Faced Fairy Wren, his silver mullet flying behind him. Over the hill he sprinted, past decrepit houses, graffiti splashes, an abandoned car. Past a construction site from the top of which he heard, “Bloody hell mate, a tyre’s just crashed into me ute! Who’s the bastard who did that?” 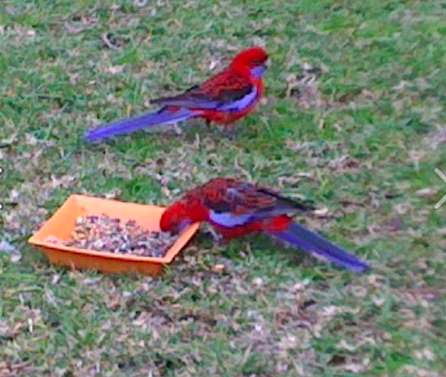 After a brief altercation with the ute owner The Guru emerged at the top of the hill, tyre retrieved, panting, triumphant. The sun was shining. The NRMA guy had arrived.

“Should be on your way in a mo,” he assured us.

But it was not to be. 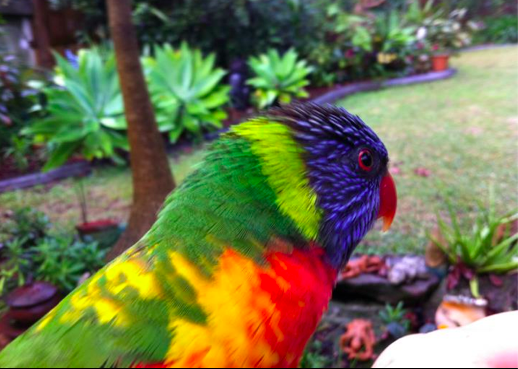 “Sorry mate, your spare tyre’s busted. We gonna have to tow ya!” He laughed as though he’d waited for hilarity of this kind for years. “Bad luck, hey!”

The Guru made a noise that sounded for all the world like a Crested Spangled Bee-Eater.

The kookaburras cackled, chortled then shrieked with laughter; the cacophany too much for him to bear. The Guru ejected his CD and threw it down the hill. 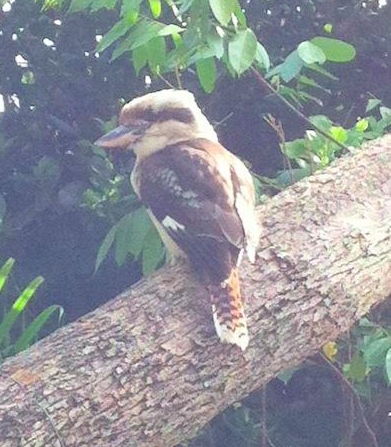